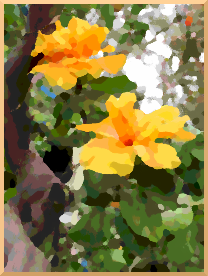 Yu Xuanji's Timeline - A History Derived From All Her Poetry

Yu Xuanji was born about 844 as the Emperor Wuzong reunited his kingdom by defeating the last of the rebellious circuit governors. Her father was an official, highly enough placed for his daughter to have one of Wuzong's minor princes as a playmate. There was an incident with a goat cart which neither playmate ever forgot. By the time she was married at sixteen, Yu was very well educated. She could not only write regulated verse using a very large, yet natural, vocabulary. She could reply to other poets' challenge-poems in that form. Yu could also play the lute (琴.) She married an official, Li Yi. But she was spiritually moved to take Daoist orders as a nun. She and her husband, who were obviously in love, discussed her doing this. In the end, at nineteen, she left him and entered a monastery.

Yu Xuanji seems to have entered a monastery outside the capital, Chang'an, where she would have studied for two to five years. Because she seems to have aquired the ability to generate internal heat, a skill shared by a friend of Bai Juyi and still accomplished today, her training was probably on the longer side. She studied under a Master Ti and perhaps under Kindom's Fragrance, who was more likely an abbot. From her first moments in the monastery to the end of her life, she continues to send poems to her ex-husband expressing their enduring love.

Let us say that Yu Xuanji studied Daoist practices for four years. She is then twenty-three when she completes training. She travels once to Hubei province. But mainly she lives in or near the capital. Most indications have her living in the monastery but she may also have lived in the town for a time. During this period, or perhaps from her time in training, she becomes well-known in the capital as a poet. She exchanges challenge and answer poems with Wen Tingyun, the most famous and fashionable poet of the period, as well as other poets, including "a friend" who is probably her princely childhood playmate.

Yu Xuanji dies at age twenty-eight (some say twenty-six). In the last year or so, there is a period where Yu Xuanji is fearful that something is wrong with her. This fear becomes reality and she realizes that she is dying. Before she passes on, she self-publishes scrolls of her work, entitled "Fragments of a Northern Dreamland." This volume, which would perhaps have contained hundreds of poems, is lost to us. By 872, Yu Xuanji is lost to us, as well.

As with all her fellow women poets, men have preserved few facts of Yu Xuanji's life. Most of what is preserved is slanderous. And after dealing with this situation in the works of over half a dozen women poets, I'm tired of it, tired of echoing the semi-truths and downright lies of ancient religious and political fundamentalists, busybodies, and other perverts. In these translations of Yu Xuanji, I have dealt only with the absolute truths of her poetry and have left all else to fall away as it should.

Nothing in the above timeline is certain. But everything there is probable. This timeline is based only on the truth of her voice from within her own poems. Poems are placed in chronological order, where that is possible. The poems were translated in the order they appear in the Tang scrolls. My 废话 within the poetry pages themselves were written in the original order as well, as I went along. I have not adjusted them to fit my final understanding.