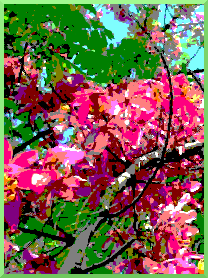 Xu Hui (627–650) was the only one of the empresses and consorts in the official Tang histories to have any of her own writings quoted by the historians. As a child prodigy, she became a minor consort to the Emperor Taizong (ruled 626-649.) First appointed as Talented Lady (才人) of which there were nine, Xu Hui was later promoted to Handsome Fairness (婕妤), also one of nine, and finally to the second highest concubine status, Complete Appearance (充容) of which there was only one.

Xu Hui is believed to have written around one thousand poems, but only five survive today. Tradition holds that on Taizong's death, Xu Hui became ill from grief, and died the following year. Taizong's successor Gaozong posthumously honored her with the title Virtuous Concubine (賢妃), and promoted her father to prefect of Guozhou. She was also given the privilege of burial within Taizong's mausoleum.