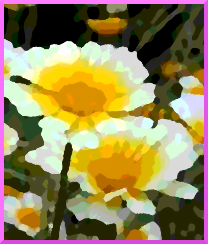 Xue Tao (薛涛|薛濤), courtesy name Hongdu (洪度|宏度) lived from 768 to 831 and was a poet during the Tang Dynasty.Xue Tao was the daughter of a minor government official, Xue Yun (薛郧), who was transfered to Chengdu when she was still little, or possibly before her birth. Although her father died while before she was of age, she probably had some literary education in his household. When her mother did not return for her, the young Xue was registered with the guild of courtesans in Chengdu, where her poetry and other talents attracted the attention of Wei Gao (韋皋), military governor of Xichuan Circuit (西川), headquartered in Chengdu, Sichuan, and she became his court's official hostess.

In later years, Xue was able to live independently in a site outside Chengdu associated with the great poet Du Fu's "thatched hut" where he wrote some of his best poetry and was said to have been happiest. Some sources record that Xue supported herself as a maker of fine paper for poets. A contemporary wrote that she took Daoist orders, becoming a nun and obtaining a relatively independent status within Tang society. Some 450 poems by Xue Tao were gathered in "The Brocade River Collection" that survived until the 14th century. Seventy-six of her poems survive to the present day.

Poems translated from 10 November to 3 December 2015